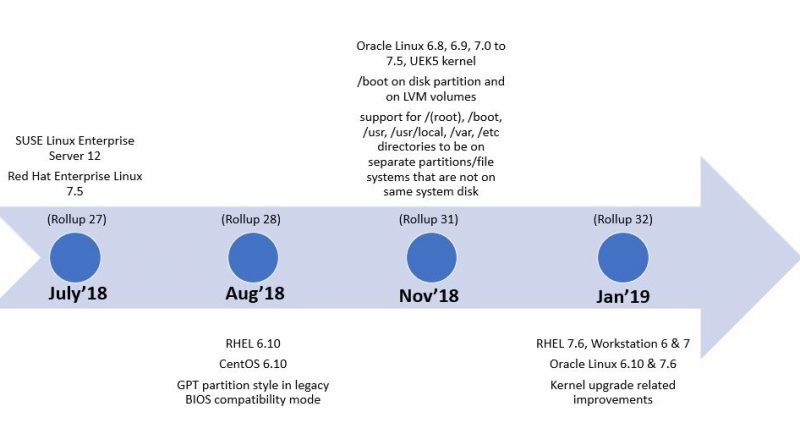 Over the last five years, a gradual shift is observed toward open source environments for a number of advantages over boxed open sources. Factors of lower cost, flexibility, security, performance, and community support for open source operating systems, primarily Linux distros have largely been driving this shift across organizations. Microsoft has embraced this industry trend and has been continuously worked with providers hand in hand to contribute and strengthen the community. All major platform providers of Linux have also witnessed frequent release upgrades, assuring the developers with continued support. With all the more increasing adoption of Linux worldwide, a large number of organizations are moving their mission-critical workloads to Linux based server machines.

Azure Site Recovery (ASR) has always been onboarded with all major Linux server versions on VMware and/or physical machines for disaster recovery. Also, over the last six months, it has continued to put a keen focus on extending support for the latest OS version releases from multiple providers such as Red Hat Enterprise Linux (RHEL), CentOS, Ubuntu, Debian, SUSE, and Oracle.

In addition to the above release updates from providers, Linux OS in terms of file systems and partitioning methods have been enhanced. ASR has been watching out for these enhancements and their industry adoption on VMware and physical Linux machines.

Below, the timeline captures the Linux support extended by ASR since July 2018 for VMware and physical machines.