In the last ten years, 2 billion people were affected by disasters according to the World Disasters report 2018. In 2017, 201 million people needed humanitarian assistance and 18 million were displaced due to weather related disasters. Many of these disaster-prone areas are literally “missing” from the map, making it harder for first responders to prepare and deliver relief efforts.

Under Microsoft’s AI for Humanitarian Action program, Bing Maps together with Microsoft Philanthropies is partnering with HOT on an initiative to bring AI Assistance as a resource in open map building. The initiative focuses on incorporating design updates, integrating machine learning, and bringing new open building datasets into Tasking Manager.

The Bing Maps team has been harnessing the power of Computer Vision to identify map features at scale. Building upon their work in the United States and Canada, Bing Maps is now releasing country-wide open building footprints datasets in Uganda and Tanzania. This will be one of the first open building datasets in Africa and will be available for use within OpenStreetMap (OSM).

In Tasking Manager specifically, the dataset will be used to help in task creation with the goal of improving task completion rates. Tasking Manager relies on ‘ML enabler’ to connect with building datasets through an API. This API-based integration makes it convenient to access not just Africa building footprints, but all open building footprints datasets from Bing Maps through ML Enabler, and thus the OpenStreetMap ecosystem.

“Machine learning datasets for OSM need to be open. We need to go beyond identifying roads and buildings and open datasets allow us to experiment and uncover new opportunities. Open Building Dataset gives us the ability to not only explore quality and validation aspects, but also advance how ML data assists mapping.”
– Tyler Radford (Executive Director, Humanitarian OpenStreetMap Team) 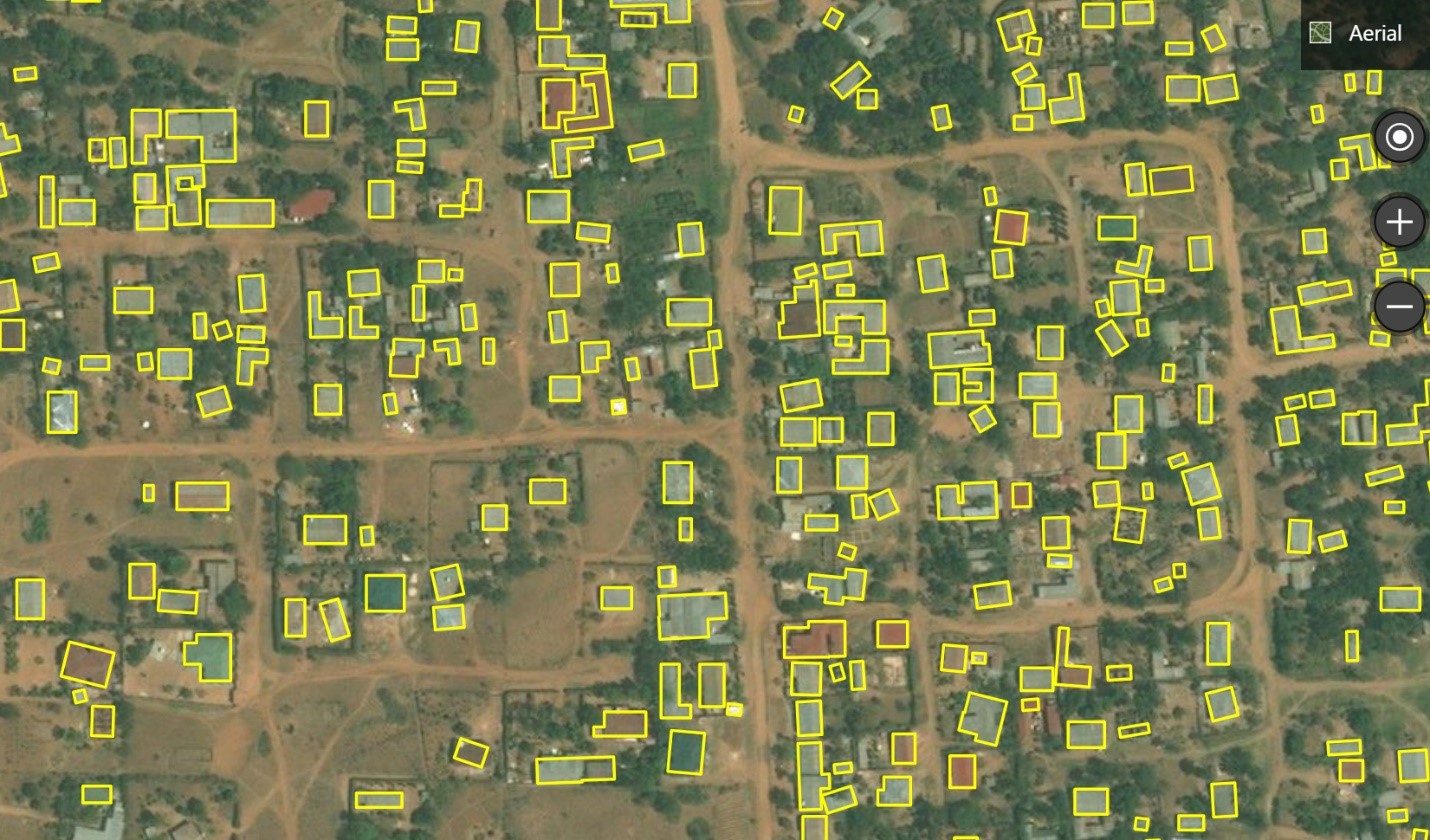 Bing Maps is making this data open for download free of charge and usable for research, analysis and of course, OSM. In OpenStreetMap there are currently 14M building footprints in Uganda and Tanzania (the last time our team counted). We are working to determine overlaps.